Malaria has caused so many deaths in Nigeria and around the world. To be on a safer side, it is best to know what malaria is, the symptoms of malaria, its causes, and its cure.

Facts About Malaria In Nigeria

Microscopy data from the 2018 Nigeria Demographic and Health Survey (NDHS) show that the prevalence of malaria parasitaemia in children under five years of age is 23 percent (a decrease from 27% in 2015 and 42% in 2010), although there are significant regional, rural-urban, and socioeconomic differences:

The 2018 NDHS also indicated that 43% of the population slept under an insecticide-treated net (ITN) the previous night.

The 2014–2020 National Malaria Strategic Plan (NMSP) expired in December 2020. However, the 2019 Malaria Program Review indicated that there will be no significant changes in the strategic direction of the malaria elimination program in the new strategic plan.

The Government of Nigeria has secured credits from three multilateral banks (the World Bank, African Development Bank, and Islamic Development Bank) totalling $364 million to fund health sector interventions in 13 states of the Federation for five years (2020–2024) for malaria. 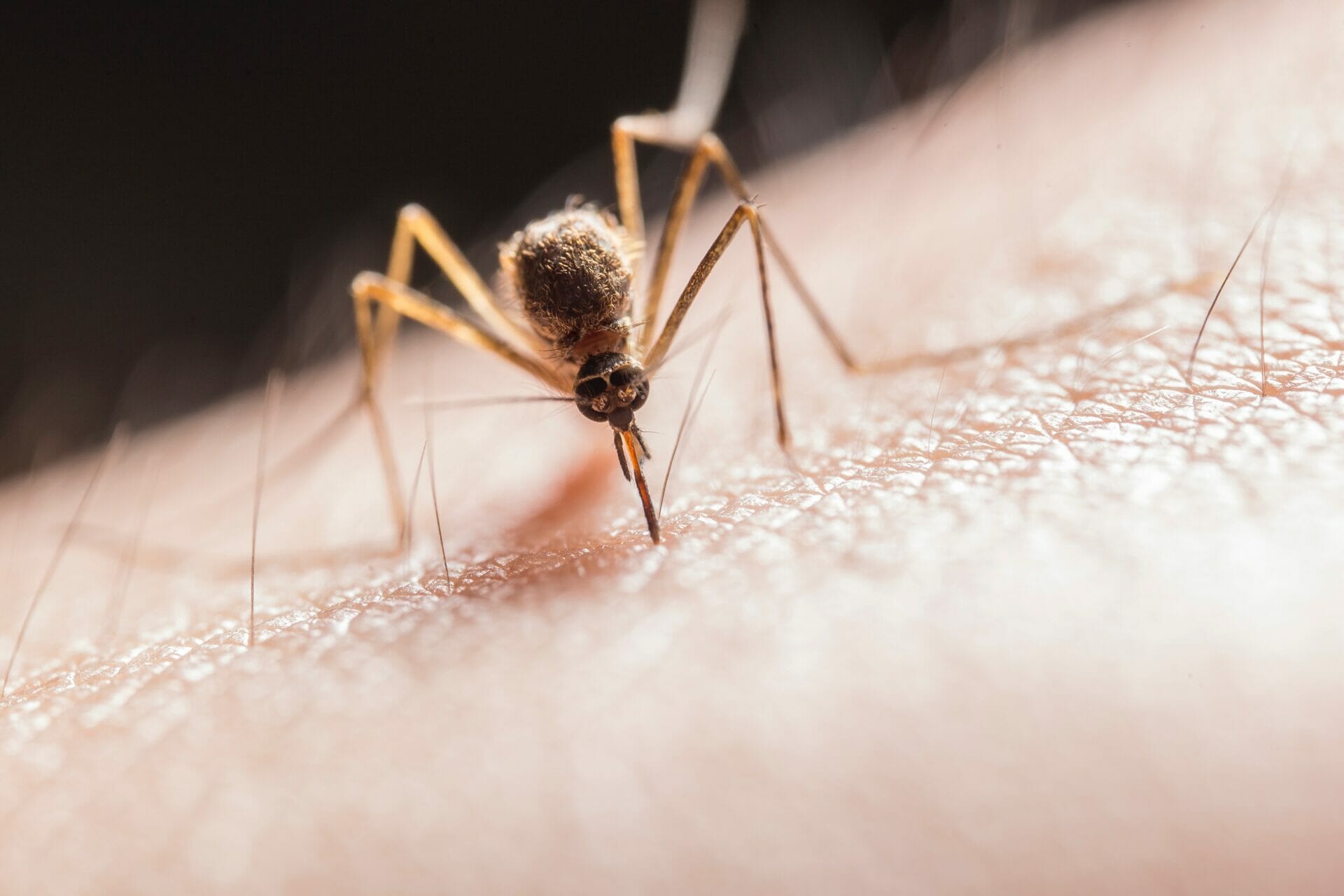 Immediately the plasmodium parasites are inside your body, they travel to the liver, where they mature. Some days later, the mature parasites enter the bloodstream and begin to infect the red blood cells.

Within 48 to 72 hours, the parasites inside the red blood cells multiply, which causes the infected cells to burst open itself.

The plasmodium parasites continue to infect red blood cells, leading in symptoms that occur in cycles that last two to three days at a time.

Malaria is mostly found in tropical and subtropical climates because the climate is favourable for the parasites to live. In most parts of sub-Saharan Africa, entire populations are infected more or less constantly with malaria.  Malaria is also common in Central America, the northern half of South America, and South and Southeast Asia. The disease also occurs in countries bordering on the Mediterranean, the Middle East, and in East Asia.

In Europe, North America, and the developed countries of East Asia, malaria is still encountered in travellers arriving or returning from affected tropical zones. Statistics were taken by  The World Health Organization (WHO) and they found out that, in 2016, there were an estimated 216 million malaria cases in 91 countries. f

Falciparum causes a more severe form of the disease and those who contract this form of malaria have a higher risk of death. An infected mother can also pass the disease to her baby at birth which is known as congenital malaria.

Malaria is transmitted by blood, so it can also be transmitted through an organ transplant, a transfusion or use of shared needles or syringes.

In the United States, the Centers for Disease Control and Prevention (CDC) report 1,700 cases of malaria annually. Malaria is not only known in Nigeria, it is also known in about 91 other counties, but most cases of malaria develop in people who travel to countries where malaria is very common.

Malaria infection in humans is mostly characterized by periodic attacks of fever and chills, anemia, splenomegaly (enlargement of the spleen), and often fatal complications.

In the early 21st century the occurance of malaria, and the number of deaths caused by the disease, seemed to be reducing. For example, the World Health Organization (WHO) estimated that in 2000 there were 233 million cases of malaria worldwide, which resulted in roughly 985,000 deaths, mostly of young children in Africa. In 2010 there were an estimated 216 million cases and 655,000 deaths. By 2018, cases had increased to 228 million worldwide, though deaths had continued to decline, numbering about 405,000 that year.

China became the 40th country to be officially declared malaria free in 2021 by WHO which is the most populous country worldwide to have been granted the designation. China had not experienced any indigenous cases for three years in a row, the qualification required to achieve WHO’s malaria-free certification.

Malaria in humans is caused by five related protozoan (single-celled) parasites: Plasmodium falciparum, P. vivax, P. ovale, P. malariae, and P. knowlesi. The most common worldwide is P. vivax. The deadliest is P. falciparum. In 2008 P. knowlesi, which was thought to infect primarily Old World monkeys and to occur only rarely in humans, was identified as a major cause of malaria in humans in Southeast Asia, accounting for as many as 70 percent of cases in some areas. P. knowlesi was found to be easily confused with P. malariae during microscopic examination, resulting in many cases being attributed to P. malariae when in fact they may have been caused by P. knowlesi. Symptoms of malaria fully develops within 10 days to 4 weeks after the infection. In some cases, symptoms may not develop for several months. Some malarial parasites can enter the body but will be dormant for long periods of time.Common symptoms of malaria are:

How Is Malaria Diagnosed?

During your appointment with your doctor, he/she will be able to diagnose malaria. Your doctor will review your health history, a physical exam will also be performed.

Your doctor will be able to determine if you have an enlarged spleen or liver. If you have symptoms of malaria, your doctor may order additional blood tests to confirm your diagnosis. These tests will show:

– If you have malaria.

– The type of malaria you have.

– If your infection is caused by a parasite that’s resistant to certain type of drugs.

– If the disease has caused anemia.

– If the disease has affected your vital organs.

Malaria can cause some life-threatening complications. The following may occur if malaria gets complicated: 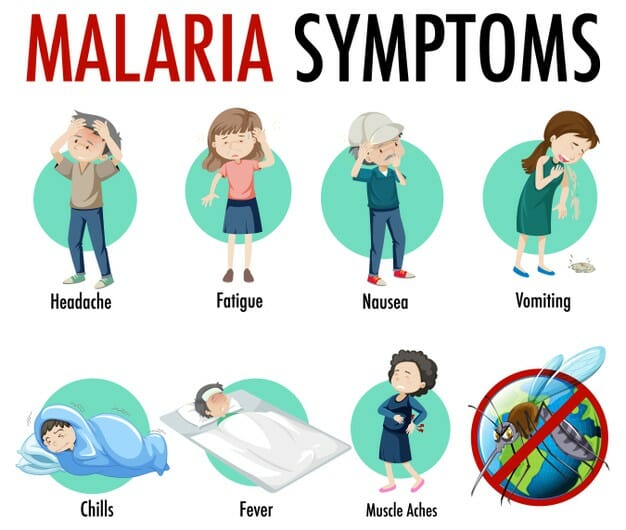 How Is Malaria Cured Or Treated?

Malaria can be life-threatening if you are infected with the parasite P. falciparum. Treatment for the disease is typically provided in a hospital. Your doctor will prescribe medications based on the type of parasite that you have.

In some cases, the medication prescribed may not clear the infection because of the parasite’s resistance to drugs. If this happens, your doctor may need to use more than one medication or change medications altogether to treat your condition.

Additionally, certain types of malaria parasites, such as P. vivax and P. ovale, have liver stages where the parasite can live in your body for an extended period of time and reactivate at a later date causing a relapse of the infection.

If you’re found to have one of these types of malaria parasites, you’ll be given a second medication to prevent a relapse in the future.

How To Prevent Malaria

There’s no vaccine available to prevent malaria. Talk to your doctor if you live in such an area that is being infested by mosquito. You may be prescribed medications to prevent the disease. There are good and effective medications for the treatment of malaria, but the medication is not 100% effective.

Read Also: 25 Effective Ways To Be Healthier In 2022 And Beyond

Malaria is a life-threatening disease caused by a parasite that’s carried by certain mosquito in warm climates.

The parasites that cause malaria attack your red blood cells. The symptoms of malaria are high fever, shaking chills, and other symptoms that may develop into life-threatening complications.

Malaria is a major threat to human health worldwide and a leading cause of illness and death in many developing countries, especially in young children. Pregnant women are also more vulnerable to the disease.

Most cases of malaria occur in sub-Saharan Africa and South Asia, but the disease also affects several other areas of the world, including Nigeria, Latin America, Southeast Asia, and Oceania.